Here’s a happy thing – now you can fly directly from the UK to KwaZulu-Natal. British Airways is now flying directly from London to Durban. You can be on the back of a safari vehicle in the African bush, or on a pristine beach sipping your favourite drink in no time. 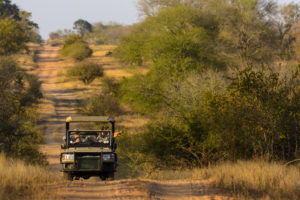 Have a look at their fun launch press release below:

The British Airways Boeing 787-8 Dreamliner was the first of three direct flights a week between Durban and London’s Heathrow airport, in what’s seen as a major boost for business and leisure travel for KwaZulu-Natal.

The Boeing 787-8 Dreamliner has an advanced design. Its composite fuselage has larger windows and allows for higher pressurisation and more moisture in the cabin air, all of which contribute to customer well-being.

Paolo de Renzis, Commercial Manager for Europe, Corporate Sales and Africa, Levant at British Airways & Iberia, was among the passengers to disembark.

They were accompanied by actors playing British icons including the Queen (and her corgi), the Beatles and met by the KwaZulu-Natal counterparts such as a rickshaw runner and a surfer.

De Renzis says, “Since we announced this new route in May, there’s been a great deal of excitement about it. The travel trade, business interests, government and the public all appreciate the benefits of the move.

“That’s why we’re especially pleased to be offering our most modern and comfortable aircraft on the route, and to connect two wonderful destinations with a direct flight between Terminal 5 and King Shaka International.

“While Britain and KwaZulu-Natal differ in many ways, they also share many characteristics: rich history, diverse, multicultural character, myriad attractions and good infrastructure. It’s why we’re proud to offer British Airways’ hospitality and service on this route. It should help grow international tourism to KwaZulu-Natal and provide a more convenient alternative for the province’s business travellers and holidaymakers wanting to get to the UK and Europe.”

Sihle Zikalala, Minister for the Department of Economic Development, Tourism and Environmental Affairs, said: “Having direct flights between Durban and London will undoubtedly spur growth in both tourism and trade for both destinations. We are certain that South Africans will embrace the opportunities offered by the direct flights from Durban ensuring that we fully benefit from these new connections.

“As a country we celebrated Tourism Month during September, highlighting the numerous attractions and activities that our people can explore. It is in the same warm spirt that we welcome travellers from the UK and invite them to explore and enjoy everything that Durban and the rest of the province of KwaZulu-Natal has to offer.”

EThekwini Municipality Mayor, Cllr Zandile Gumede, said: “We firmly believe that this flight will truly transform the Durban sklyline and landscape for tourism and investment. This brings a realisation of our visitor strategy which focuses on attracting visitors and investors from the UK and European markets to our city. This speaks to the city’s commitment in ensuring that Durban remains the gateway to Africa, a world-class destination and a hidden gem that will soon be revealed to the world.”

British Airways is offering a launch special from Durban with discounts of to 13% on return fares. World Traveller launch fares start from R7 740, World Traveller Plus from R15 740 and Club World from R33 740.

The airline also flies twice-daily service from Heathrow to Johannesburg and daily to Cape Town year-round. It doubles the Cape Town schedule during the South African summer season and also adds three weekly flights from Gatwick.

The route expansion comes as British Airways rolls out a £4.5 billion, five-year customer investment plan, with a focus on excellence in the premium cabins and more choice and quality for all its customers.