our story a journey with purpose

A 26 year legacy of conservation and communities

The founders and owners of Isibindi Africa Lodges, Brett and Paige Gehren, both come from a conservation background; this is our authenticity. This family owned and run luxury safari, island and beach collection of wilderness lodges is positioned in exceptional ecosystems in Southern Africa. Twenty-seven years of pioneering sustainable wildlife lodges, that is built on the bedrock that they include and empower our neighbouring communities.

“We aren’t just offering the safari of a lifetime, we’re offering a future”

A family business, we don’t think of ourselves as a corporate, we don’t operate lodges that we don’t own, every one of our camps we have built and we run. It starts as an Isibindi vision, it evolves and unfolds into somewhere special, an exceptional location with considered spaces, where we would have chosen for our honeymoon or wanted to take our children to holiday. Having happy staff is an integral part of our business, we have a lot of fun at Isibindi doing what we do and we want to share that with you. We live by the motto courage & fun.

“Our natural responsibility,
JOURNEY WITH PURPOSE”

The Isibindi Foundation was established in 2019 to consolidate our 26 years of community and conservation projects, and to also create a purpose driven entity to assist these initiatives. The Foundation allows our guests to be philanthropic travellers and to journey with purpose.

“ Travel is powerful when it connects us to a purpose and a community.”

Connecting to our eco-conscious community

Our purpose drives us all at Isibindi Africa Lodges, and so we are committed to incorporating eco-conscious systems and initiatives wherever possible, this includes:

Creating micro-economies in neighbouring communities to supply our lodges

Refusing to serve seafood that is not ethically harvested

VISIT THE ISIBINDI FOUNDATION WEBSITE TO FIND OUT MORE

Some fun facts about Isibindi

We nearly turned down Tsowa Safari Island because we thought it may not have enough trees! We also then found out Brett slept directly opposite the island on a 21st camping trip 32 years ago…

During the rush to finish Rhino Ridge Safari Lodge, with our first guests due in a week, nobody missed a beat when a pack of wild dogs took down a nyala between rooms 1 and 2, painters painted, builders built and stylists styled.

The first sighting of a green turtle laying her eggs was witnessed by us on a turtle drive one night at Thonga Beach Lodge, George Hughes (South Africa’s foremost turtle expert) was in camp giving talks to guests, and we raced back to fetch him, and he was able to verify.

At Kosi Forest Lodge 23 years ago, our Kosi Bay Lakes mouth activity started with a 10km walk and then a 12km canoe self-paddle. And then all over home again. Over a five-year period, before we brought in boats, we didn’t receive a single complaint!

The Legendary Isibindi Bandana Party held annually at the Indaba travel show, where your entry was our bandana and a few shooters, due to high demand we will host again post covid 2023…

Our claims to our insurance company include hyena eating leather couches, hippo’s charging into game viewers, elephant walking over deck to swimming pool, elephant playing with guy ropes and pulling down guest tent and lion chasing kudu into swimming pool.

Kosi Forest Lodge is situated within the iSimangaliso Wetland Park, a tropical paradise of crystal clear water, marshland, swamp and coastal forests that is home to an abundance of flora and fauna.

Some of South Africa’s very first plants and animals can still be found in iSimangaliso as they were in ancient times. Apart from many mammals and reptiles, the area is home to 2505 types of plants, over 1000 species of fish and over 500 bird species; many of which can’t be found anywhere else in the world. No other place on earth has such a wide range of wetland types in a single protected area.

Established in November 2000, the iSimangaliso Wetland Park is one of the greatest environmental treasures in the world. This important protected area was established when sixteen pieces of land covering 332 000 hectares were consolidated into a single protected area (previously known as the Greater St Lucia Wetland Park). The area stretches from Kosi Bay in the north (bordering Mozambique) to Maphelane, south of St Lucia. From north to south, iSimangaliso stretches for 190km and comprises one-third of KwaZulu-Natal’s expansive coastline. iSimangaliso means “place of miracles” in Zulu. In 1999, iSimangaliso was recognised as South Africa’s first World Heritage Site. With its beauty and biological wealth, this is a well-deserved accolade.

The Kosi lake system has long been regarded as the best-preserved large estuary system on South Africa’s Indian Ocean coastline. The system consists of four large lakes and a series of meandering, interconnecting channels with fringing wetlands that eventually drain through a sandy estuary into the Indian Ocean. The lakes are separated from the ocean by a strip of forested sand dunes. The Kosi lake system is characterised by grassland, interspersed with lakes, pans, streams, marshes and swamps.

The 11 000ha of Kosi Bay Nature Reserve is a wonderland of clear blue sea, wetlands and lakes. It is home to the rare Raphia palm and its concomitant palm-nut vulture, wild date palms, mangrove swamps and sycamore fig forests. The area is of considerable botanical importance, with several red data species found here. The swamp forests found in this area are the largest in the country and the giant Raphia palm is at its natural southern limit here. This is also the only area in South Africa where five species of mangrove are found, two of which (luminitzera racemosa and ceriops tagal) are at the southernmost limit of their distribution.

The Kosi Bay area is one of the most fascinating and beautiful pristine lake systems on the African coast, and we are proud and privileged to be able to enjoy a piece of it at Kosi Forest Lodge. 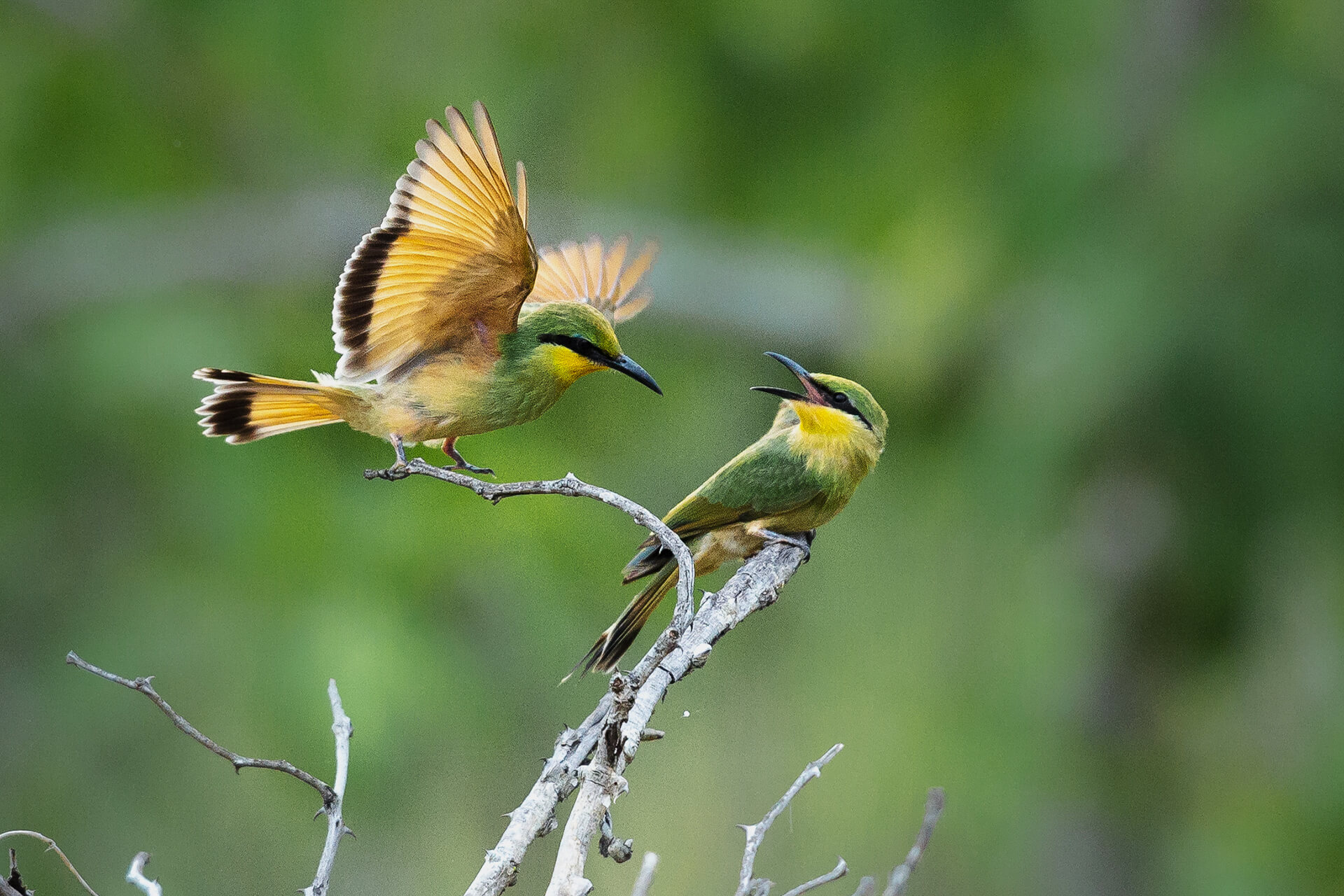 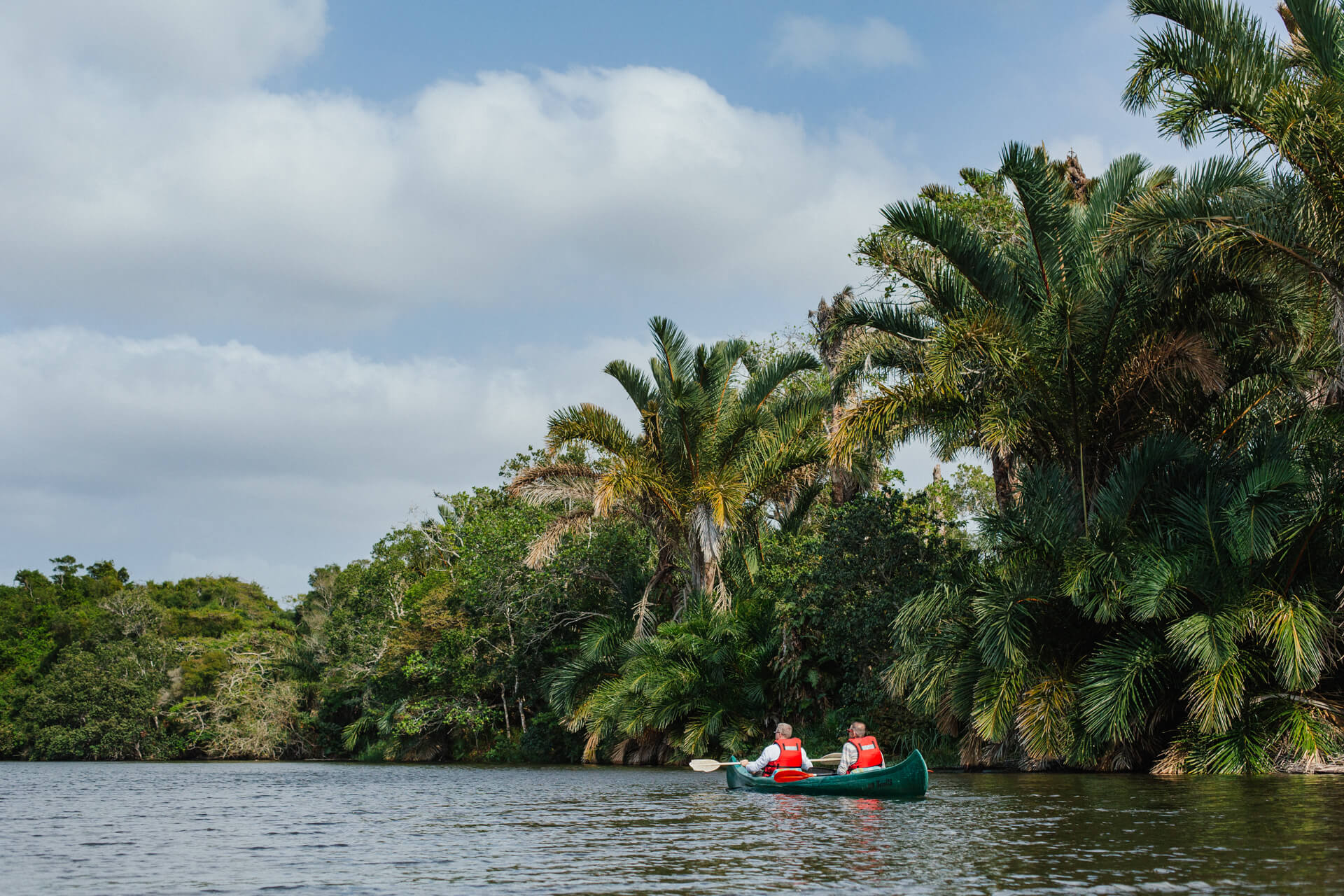 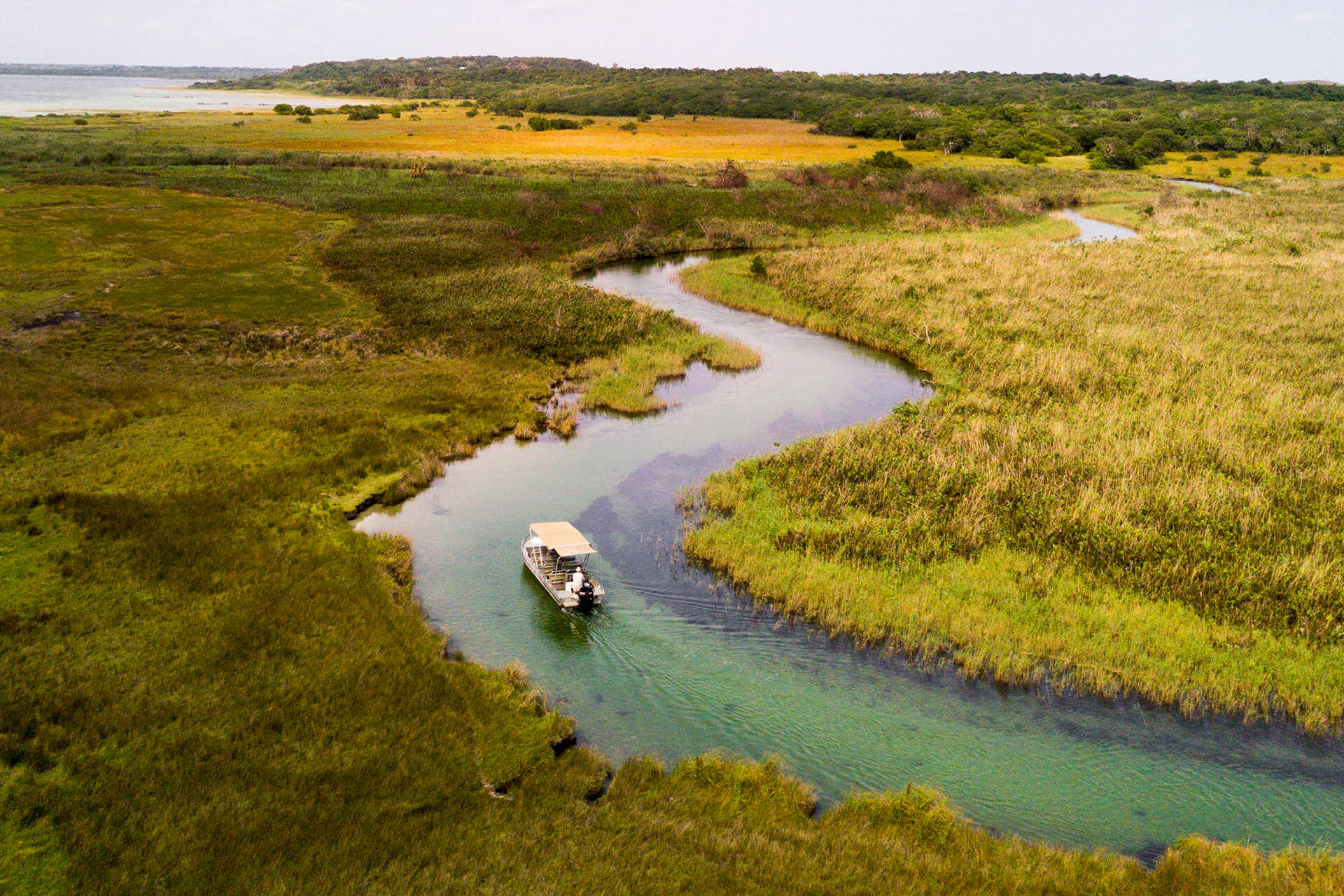 We have designed the perfect trip for you

Bush, beach and forest in one trip