By Roxanne Konkol from Discover Africa

While most international safari-goers look to Kruger National Park for their African safari, there’s a corner of South Africa that is sometimes overlooked. Right next to the border of Mozambique in the north of Kwazulu-Natal and about two and a half hours drive from Durban, this great ecosystem is one of the most pristine of its kind in South Africa.

Roxanne Konkol from Discover Africa encourages us to take a look at some of the reasons why it’s easy to fall in love with iSimangaliso Wetland Park:

In 1999, UNESCO declared iSimangaliso a World Heritage Site because of its alarming beauty, abundance of fragile and unique ecosystems and the intrinsic value such a site has for both South Africans and visitors. With such a title comes huge responsibility for government and private enterprise to protect and conserve the flora and fauna of the area, while conscientiously using the site to promote economic growth and development. Saved from the unimaginable fate of being a dune mine, iSimangaliso continues to be a historical, cultural and natural jewel in South Africa’s crown.

The warm Indian ocean and long sandy beaches on the coast of iSimangaliso provide the perfect habitat for the endangered Leatherback and Loggerhead turtles. This is the only place in South Africa where you can witness the arduous journey of a mother turtle laying her eggs on the beach. When the hatchlings emerge, their return trip amidst multiple dangers is one of the most exciting things you can see on safari. 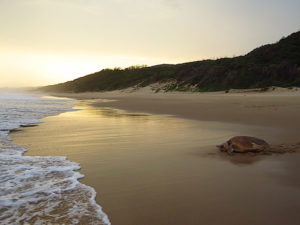 The fight to end rhino poaching has been a long and difficult one for those who wish to see the rhino restored to its former numbers. The iSimangaliso Authority is actively involved in the community, garnering support and creating awareness of the need to protect these magnificent animals. With their conservation efforts, both black and white rhino are heavily protected from poachers. In 2017, three orphaned baby rhino were introduced to the area where they will be healthy and safe. 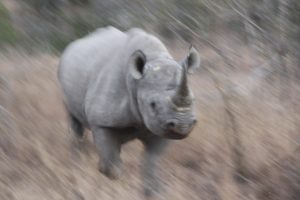 Spotting the elusive Black Rhino is a rare privilege

If you love bird watching then iSimangaliso is your dream destination. With so much avian activity, it’s quite the challenge to try and capture every birding moment. With lakes, forests, coastal inlets and sandy beaches, there’s a mini-ecosystem in every corner of the park. 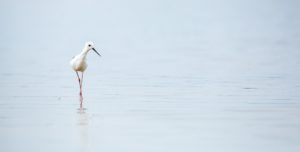 Black Winged Stilt being freely itself

iSimangaliso Wetland Park is not only home to a unique mix of flora and fauna, fossil evidence hints at human occupation in the area as far back as the Stone and Iron Ages. Anyone who has visited the area has fallen in love with the friendly smiles and warm hospitality of the local people. iSimangaliso has plenty of lakes and estuaries that are worth exploring. In order not to upset the Nile crocodiles and gigantic hippo, a boat cruise is the best way to enjoy the setting South Africa sun. However, some areas do not host these watery giants and the best way to explore these watery labyrinths is from a guided canoe. Do you have a waterproof camera? 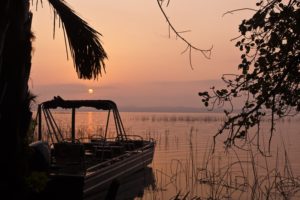 Explore the Kosi lakes by boat or canoe

Kosi Forest Lodge and Thonga Beach Lodge are the two of the best private lodges in iSimangaliso. While both offer beautiful accommodation, they could not be more different. Kosi Forest Lodge is a barefoot luxury lodge nestled under a dappled forest canopy near Lake Shengeza. Thonga Beach Lodge is a seaside-haven where the smell of the rolling Indian ocean can be experienced from private decks overlooking an untouched beach. Both lodges offer travellers an authentic bush experience, close encounters with wildlife, as well as explorations of lesser known and unspoilt secrets of the KwaZulu-Natal province. 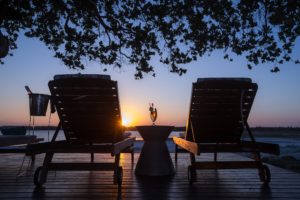 In addition to Africa’s Big Five (elephant, rhino, lion, leopard and Cape buffalo), you can enjoy the Big Seven too, which includes the Southern right whale and Great white shark. As Australian guest wrote on TripAdvisor, “There is no doubt why this area is Heritage listed. From whale watching to game drives the many intertwined ecosystems make this a ‘must visit’ area if you go to South Africa. You will need several days in this area if you want to get the best out of it.”

We’re convinced that a safari in South Africa must include a visit to this amazing reserve, that showcases the best of our beautiful country. To find out how much an African safari costs, visit our safari cost estimator app to tailor your experience to suit your budget. 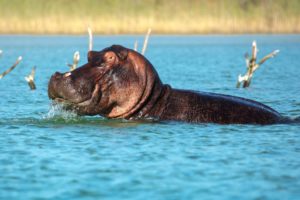